In order to be a more regular blogger, I’ve decided that if I don’t write anything else each week, I’ll do a post of five things – anything and everything that’s caught my attention during the week.  And so… 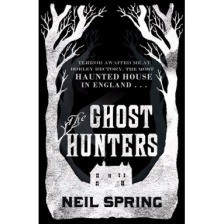 I just finished reading this.  It was a great read and grabbed me right from the first page.  I loved the mystery surrounding Borley Rectory, and the way you could never be sure whether the haunting was a true ghostly happening, or whether some of the characters were actually involved in creating the ominous atmosphere for various self-serving reasons.

2.  I took a trip down to Birmingham to have a look at the new library and visit the Christmas market, which is a bit of a tradition. 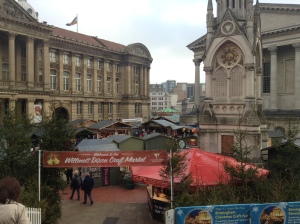 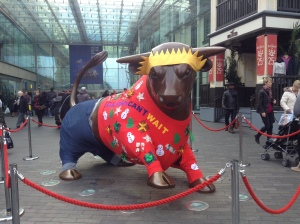 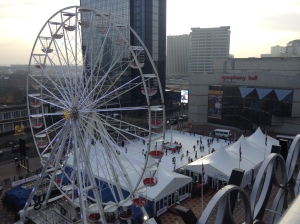 3.  I think I am becoming a bit of a book hoarder again.  It’s one of the perils of working in  a library; all those lovely brand new books, never before loaned out, which I just can’t resist bringing home even though my TBR pile is already massive.

4.  I wish I could draw.  Of all the talents, this is one I have absolutely NONE of at all.  I am hopeless.  I see some really beautiful art on the internet, and wish I could do something similar myself, but there’s no way it’s going to happen.  No way.  I think that may be why I like cross stitching; in the end you can produce some really detailed work, which looks artistic in its own way, so it’s creativity without the need for natural artistic talent.  I do still wish I could draw though!

5.  I was in the supermarket the other day and it was evacuated!  All quite dramatic.  There I was, minding my own business, when alarms started roaring.  At first, no one did anything, just carried on shopping as if nothing was amiss.  Quite strange, how people don’t tend to bother.  Next moment, an announcement said that everyone should leave their shopping and evacuate immediately.  Cue sudden panic as it finally registered with everyone that the alarm might actually mean something.
After standing outside in the cold for ages it seemed that it had all been something and nothing.  I heard someone say that one of the staff had come in and somehow triggered one of the alarms.  So, it wasn’t quite as dramatic in the end as it first seemed, but I don’t think it’s ever happened to me before.